Why should foreigners earn more than locals in Vietnam?

In Vietnam, we talk about salaries as a matter of fact. Everyone knows how much everyone else earns and what company-sponsored holiday you are taking, even when they don't know what you do for a living. 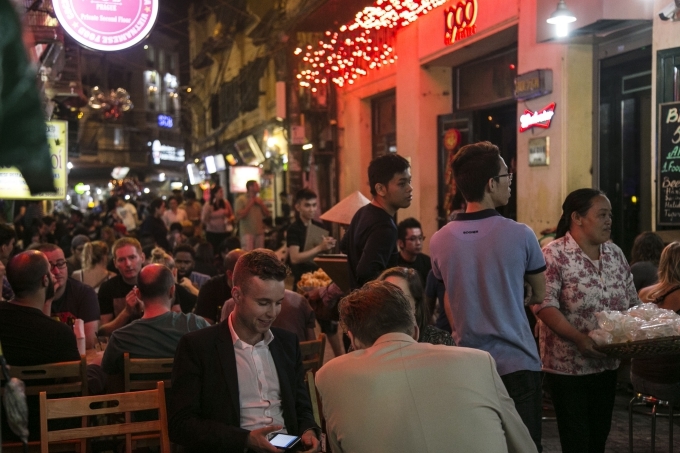 Trying to explain the salary disparity and the reasons behind it.

In Vietnam, we talk about salaries as a matter of fact. Everyone knows how much everyone else earns and what company-sponsored holiday you are taking, even when they don't know what you do for a living.

Sometimes it seems to be all about who you are, not what you know, and so the pay slips become the office politics when you think you are as qualified as someone else to do the same tasks that arrive with double the paycheck.

But the same doesn't apply to the dual salary system for Vietnamese and expats. The fact remains that in certain industries, top-level jobs are often reserved exclusively for foreigners, while some are paid more than locals for doing essentially the same work. And it takes courage for employees to simply raise the question: Why?

An ESRC-funded research paper published last year in the Guardian – Addup found that wages for international staff in humanitarian aids and development sector in developing countries are four times higher than that of locals, taking into account factors such as similar education and experience.

Likewise, according to an annual survey recently released by ECA International - Employment Conditions Abroad, the value of a typical expatriate package in Singapore, which includes base cash salary, tax and benefits such as accommodation, international schools, utilities, cars and more, stands at S$316,600 ($235,425) per year, among the highest in Asia-Pacific. Singapore's average annual income is 4.5 times less than that amount at $51,880 per year, according to the World Bank.

In Vietnam, however, much of the evidence concerning the pay gap remains anecdotal.

It may be because up until now, the pay gap is still largely perceived as a non-issue.

Earlier this year, Oxfam released a report that highlighted the inequalities in various domains in Vietnam, from gender and ethnicity to regional inequalities and more. No data was available, however, when it came to the income gulf between expats and locals.

HSBC's 2016 Expat Explorer survey is perhaps one of the very few reports that deals with expats' salaries in Vietnam, but still sheds little critical light when it comes to the differential between expat and local pay slips. In fact, HSBC ranked Vietnam 19th globally as one of the best host countries for expats, just after Singapore within Southeast Asia.

By HSBC's estimates, expats in Vietnam could earn as much as $103,000 per year on average, an amount 50 times higher than the average annual income for Vietnamese, which was $2,200 last year, according to the World Bank.

In January this year, Vietnam’s labor ministry reported that the number of foreigners with official work permits in Vietnam had increased six-fold since 2004 from 12,600 to over 80,000.

With all that considered, while Southeast Asia in general, and Vietnam in particular, have become the place for expats looking for a career push, the gap between international and local staff continues to widen. A six-digit disposable income in a tropical paradise, but at whose expense?

How the gap works

In Vietnam, differential treatment, especially in terms of unequal pay and recruitment conditions for international and local staff, is most visible in the education sector.

Being one of the most dynamic economies in the region, more Vietnamese are looking to study abroad, while in big cities like Hanoi and Saigon, thousands of English centers have been sprouting up over the past decade to cater for the growing demands of the nation’s young population.

Blixa*, a 26 Scotsman currently working at an NGO based in Hanoi, said the first two jobs he had in Vietnam were as an English teacher at language centers in the capital. His internship salary started off at VND6 million ($264)per month, with benefits such as a visa, housing and travel costs all included. That was later raised to VND10million ($440) per month.

By the time he got a full-time post as a teacher, Blixa was being paid up to $28 per 40-minute class and earning an estimated VND30 million per month ($1,319) after just six months in the teaching game.

Ngoc Tran, a Vietnamese teaching assistant who has been working at the same center as Blixa for two years now, is paid VND53,500 ($2.35) per class, an amount 12 times less than her foreign colleague. Some of Ngoc’s daily tasks include management, roll-call, evaluation, supporting foreign teacher and students, and covering lessons in case of emergency. She receives roughly VND5 million ($219) per month, which is even less than Blixa's internship pay.

“They let the Vietnamese teachers do all the boring tasks, from managing the class to marking the papers. Sometimes they have to mark up to 60 classes per week while we foreign teachers only have to spend time in class,” said Blixa.

But the wage gap is not exclusive to the education sector; it is apparent in virtually all fields, from tech to development, and from managerial to consultant positions.

Anh Tran, who works as the HR manager at SGH Asia Ltd - a fully foreign-owned company operating in information technology and services, said the pay gap is also quite common in foreign-invested companies, hers included.

This is not to mention the benefits included in the employment packages for expats, which include housing, air fares, in-country travel costs, insurance and tuition fees at international schools for those with children.

“Sometimes we feel it's unfair because in terms of efficiency, it might be the same for Vietnamese and foreigners, but expats receive much more,” Anh said. “As someone working in HR, my colleagues and I are aware of the wage gap but there is nothing we can do.”

The differential treatment begins from the recruitment process where foreigners are usually sought after for certain positions, even when there is no shortage of trained human resources in Vietnam.

Going through one of Hanoi’s biggest forums for expats, it is not difficult to find various advertisements that offer positions for English speaking natives – meaning those coming from the U.S., U.K., Australia, Canada and so on – paying between $1,000 and $2,000 per month. In some particularly controversial ads, little is required except for the foreign teacher’s nationality.

Ngoc said while native teachers are usually required to have at least a university qualification in teaching methodology, foreign teachers most of the time only need to have a TEFL (Teaching English as a Foreign Language) or TESOL (Teaching English to Speakers of other Languages) certificate, which can be obtained online.

Many of Blixa's friends, who are foreign teachers in Vietnam, do not even have any teaching qualifications or experience.

There is no objective answer to explain why even some Vietnamese employers would insist on paying foreigners more than natives. In certain areas, it also has to do with supply and demand. In education, for example, Blixa said the practical demands for foreign teachers derive from the demands of the parents to have their kids taught by a white person, not an Asian-looking English-speaking native.

In the tech field, on the other hand, Anh Tran said it’s a matter of trust. Her company, which is built on 100 percent foreign direct investment from Germany, places more trust in German-speaking employees.

“In terms of skills, there are expert positions that need overseas training, and usually expats are more valued because they work in communication roles,” Anh added. “But it’s also the perception that foreigners are more trustworthy and more skillful, especially in sales positions, for instance. It’s a racial issue that’s pretty much universal.”

While higher wages might make up the “sacrifices” people make when it comes to relocating to a new country for work, such major disparities can be seen as a questionable compromise.

Local employees who are aware of the gap, nevertheless, usually stay silent on the issue for fear of losing their jobs if they speak out against the problem.

“The Vietnamese teachers were no doubt aware of the pay gap and the differential treatment, but I never felt any frustration directed towards me,” said Blixa.

He himself brought up the matter of discriminatory treatment with his Vietnamese academic manager, but no one was willing to do anything. “The Vietnamese teachers have no support, and there’s no union or such like to help them push back.

"It makes me really uncomfortable that people are more understanding of foreigners than locals," added Blixa.

Issues concerning the pay gap must, however, be considered from both sides. Even when it has been much argued, baffled, trivialized and finger-pointed over, nothing will really come of it if efforts to seriously discuss the gulf in incomes are undermined by confrontational responses from both employers and society.

The effects of this gulf in Vietnam have yet to be studied, but they certainly reflect the double standards that still exist in both private and public sectors. Why do such differential treatments exist? Should one be privileged over another because of one’s nationality?

Perhaps it’s time we had the talk, again.

*Not his real name.

Bao Yen is a journalist and independent media researcher based in Hanoi. The views expressed here are her own.